The first of my personal pinterest boards that I'd like to about is called "Apokalipto". Yes, for some reasons, I tried to come up with some unique names... alternative title is "I'm feeling apocalyptic".

Here is the link: → https://www.pinterest.de/sigmaepsilon/apokalipto/

First of all, this board doesn't serve any immediate purpose, it's more of an overall mood board. I think it might come in handy before starting a story, or maybe a 3D artwork.

One aspect of this apocalyptic feeling is bleakness, a sense of being overwhelmed by forces outside of our control. 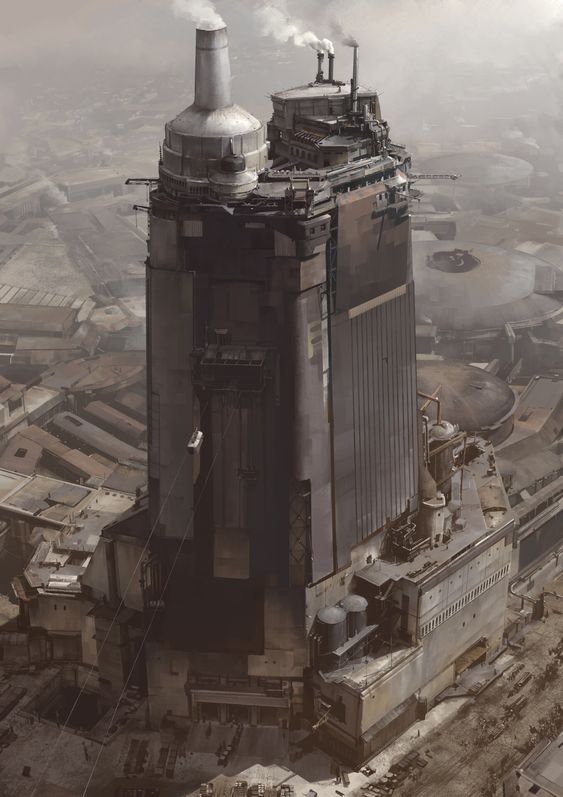 There are huge structures, towers and other monolithic buildings that are too large to grasp, too complicated and confusing, unmanageable and un-navigatable. For me, these (futuristic) structures carry a feeling of something that happens after our time - not necessarily at the "end times", but a future where life matters less and less. The apocalypse is inhuman by design. 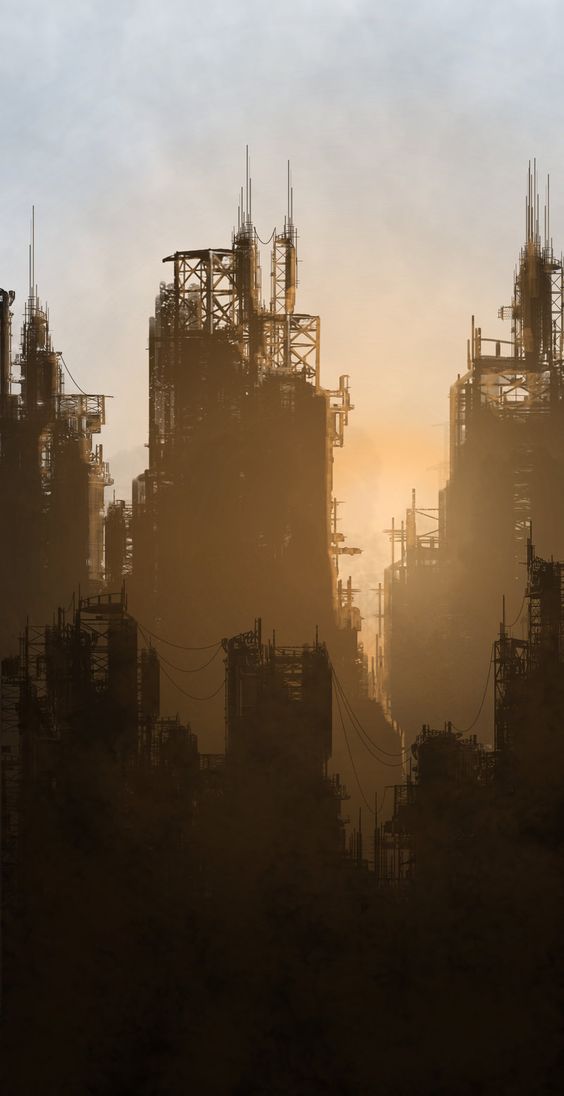 Probably the most "normal" aspect of a post apocalyptic world is the (deliberate) destruction and the decay that comes after. It's a reminder that even though we want things to be stable, reliable and predictable, they won't ever be for any amount of time. Buildings that housed people not too long ago will rot and fall apart if left alone. Things that had owners and purpose are now useless, unusable and irrelevant.

We seem to find some pleasure in seeing this decay of our world tho, we like to watch movies set after "the end", enjoy books and video games that mostly show a violent, primal society after this current one has collapsed. 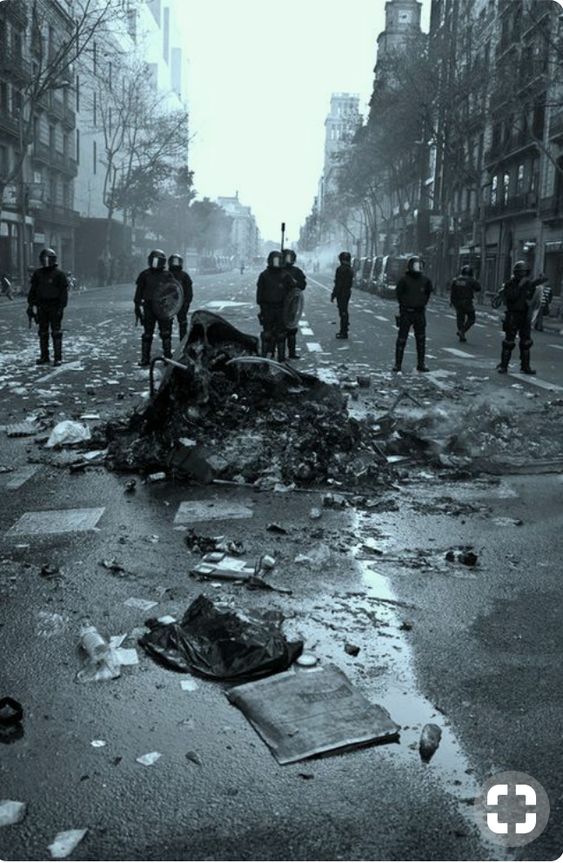 It wasn't planned, but related to the topic above, I started to put some images with actual destruction to the board as well. In most post apocalyptic media, the "event" isn't shown - we don't know what happened. Or it is shown, but we can't convey the sheer scale of "everything you've ever know is suddenly gone". So we have the famous "nuclear testing" animation, or a big fireball etc.

I believe that 9/11 had such an impact because something that we had held to be relatively stable (the Twin Towers) was seen to crumble before our eyes!

The only events where destruction on this scale can be seen are earthquakes - these destroy cities and large buildings as well. But they are relatively rare.

Anyway, I think demolitions, fires and explosions are "awe-some" for us, and again, show us that nothing is forever. 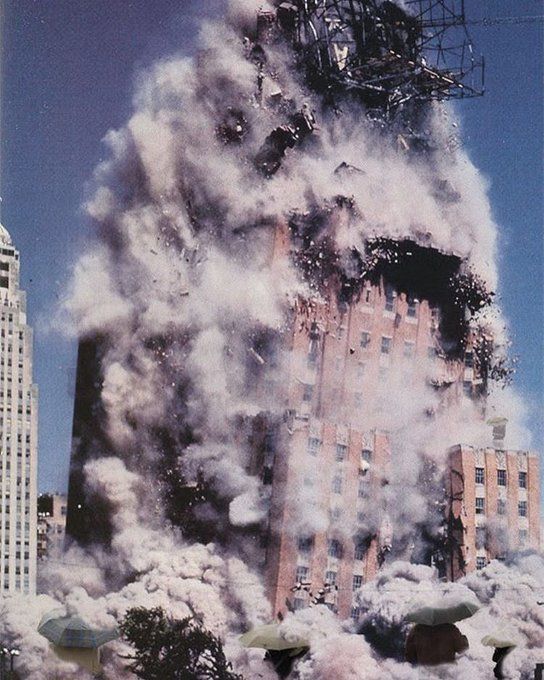 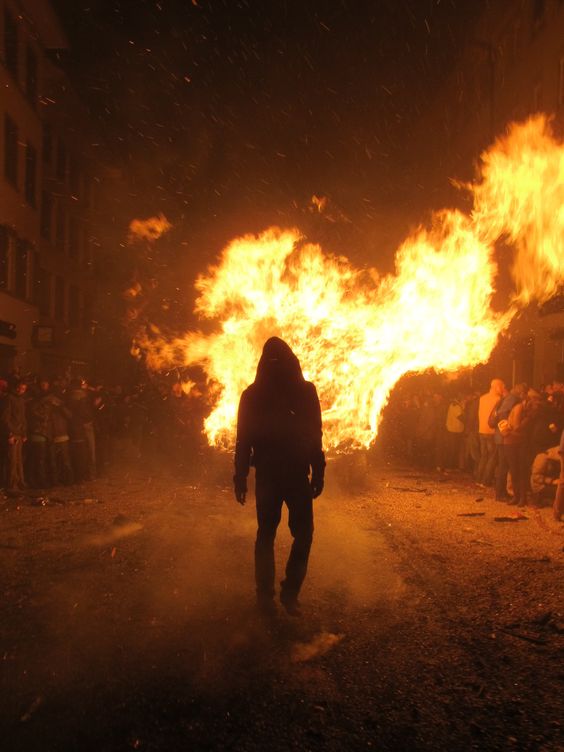 I have talked about the end of things and the world after, but a post apocalyptic world holds even more, something new - something you haven't seen before. I'd like to think it has a surreal edge, mutant architecture, transforming the things we know into something nightmarish, or evolving into unrecognizable forms. 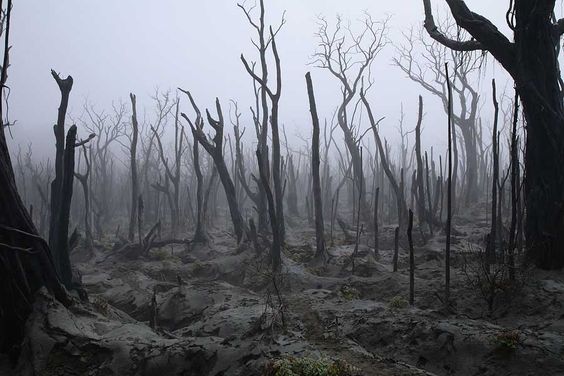 We might yet face the results of the catastrophes and not even know what they are, where they come from, they will have no place in our collective memory and can't be categorized, made sense of. 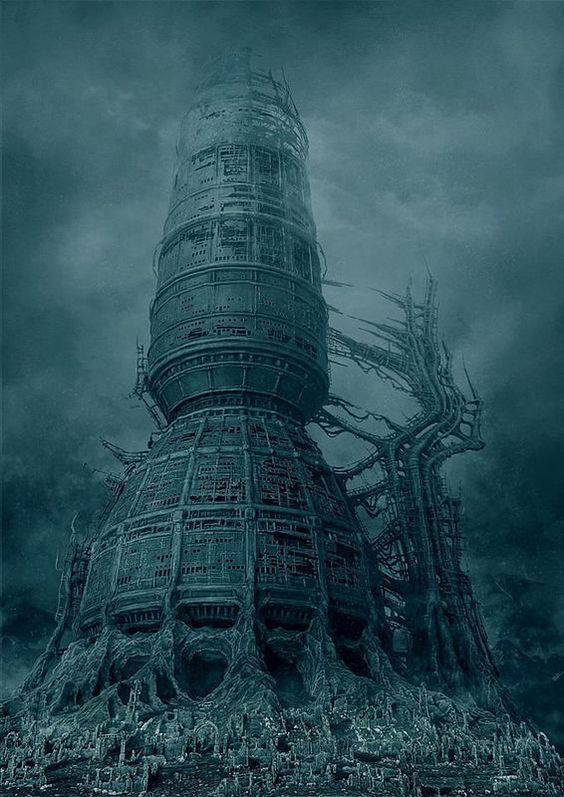 H.R. Giger, the famous artist behind the designs for "Alien", has created many images that show us forms that we know, but in a context that makes little to no sense. This makes them interesting to our eyes, even if they are confusing or even revolting.

And "the apocalypse" has those elements for me as well.